D
Dangerous Girls by Abigail Haas
Dark Days Club, The (Lady Helen #1-#3) by Alison Goodman
Darker Shade of Magic, A (Shades of Magic #1) by V.E. Schwab
Descendant of the Crane by Joan He
Distance Between Us, The by Kasie West

F
Fake It Till You Break It by Jenn P. Nguyen
Fangirl by Rainbow Rowell
Fill-in Boyfriend, The by Kasie West
First & Then by Emma Mills
Four by Veronica Roth

H
Heir, The (The Selection #4) by Kiera Cass
Hidden Oracle, The (The Trials of Apollo #1) by Rick Riordan

I
Ignite Me (Shatter Me #3) by Tahereh Mafi
Invisible Life of Addie Larue, The by V.E. Schwab
It Started With Goodbye by Christina June

M
Made You Up by Francesca Zappia
Magnolia by Kristi Cook
Maybe Someday by Colleen Hoover
Maybe This Time by Kasie West
Meant to Be by Lauren Morrill
Mediator, The (The Mediator #1-#7) by Meg Cabot
Meet Me at Midnight by Jessica Pennington
More than Maybe by Erin Hahn
Most Likely to Succeed (Superlatives #3) by Jennifer Echols
My True Love Gave to Me, edited by Stephanie Perkins

N
Natural History of Us, The (The Fine Art of Pretending #2) by Rachel Harris
Never Never by Brianna Shrum
No Love Allowed by Kate Evangelista

O
One, The (The Selection #3) by Kiera Cass
One Memory of Flora Banks, The by Emily Barr
One of The Guys by Lisa Aldin

S
Scorpio Races, The by Maggie Stievfater
Second Chance Summer by Morgan Matson
Seeking Mansfield by Kate Watson
Seven Husbands of Evelyn Hugo, The by Taylor Jenkins-Reid
Shadow and Bone (The Grisha #1) by Leigh Bardugo
Shatter Me (Shatter Me #1) by Tahereh Mafi
Signs Point to Yes by Sandy Hall
Silvered Serpents, The (The Gilded Wolves #2) by Roshani Chokshi
Since You’ve Been Gone by Morgan Matson
Six of Crows (Six of Crows #1) by Leigh Bardugo
Somewhere Only We Know by Maurene Goo
Spin the Dawn (The Blood of Stars #1) by Elizabeth Lim
Statistical Probability of Love at First Sight, The by Jennifer E. Smith
Suffer Love by Ashley Herring Blake
Suitors and Sabotage by Cindy Anstey
Summer Days and Summer Nights, edited by Stephanie Perkins
Summer of Chasing Mermaids, The by Sarah Ockler
Sword and Verse by Kathy Macmillan
Sword of Summer, The (Magnus Chase and the Gods of Asgard #1) by Rick Riordan

U
Unexpected Everything, The by Morgan Matson
Unravel Me (Shatter Me #2) by Tahereh Mafi
Until Friday Night (The Field Party #1) by Abbi Glines

Y
Year We Fell Apart, The by Emily Martin
Young Elites, The (The Young Elites #1) by Marie Lu 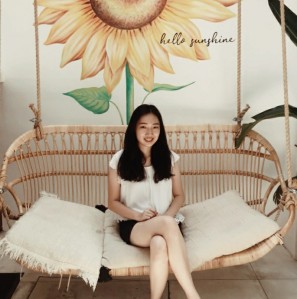 tiffany is a 20-something years old who loves to fangirl at everything from books to cats. more info about her can be found here.